Reconstruction of the house in Suzdal

The brick house built in the beginning of the XX century and located in Suzdal city center is seen as an object of reconstruction both in terms of its architecture and function. The project includes the renewal of the main volume and the construction of a new annex instead of the former one lacking any historical value.

Contemporary extensions are covered in white plasterwork creating textural contrast to the brick façade and meeting the urban planning requirements of Suzdal – the city that is very sensitive to preserving its authentic image.

The former family house is turned into multifunctional public building where the newly built annex works as a key element of the space reorganization. Functioning as an entrance zone the annex connects the main volume with the inner yard integrating it into the general concept of the project. Due to the massive glazing area the annex hosts a flower shop requiring a lot of natural light.

The inner space of the main volume is also transformed and seen in a new light. The traces of the former intermediate floor construction previously dividing the building into 2 floors are demolished and replaced by the mezzanine. This architectural touch results in a spacious and bright inner volume with the conservation of its former storey structure.

The first floor is occupied by a bookstore complemented by local ceramics and souvenirs, a small cafe and a lecturing space which can be also transformed into a cinema. The bookstore is also a core function of the second floor alongside with an opened library and children’s clothing store promoting local fabrics that the city is famous for. 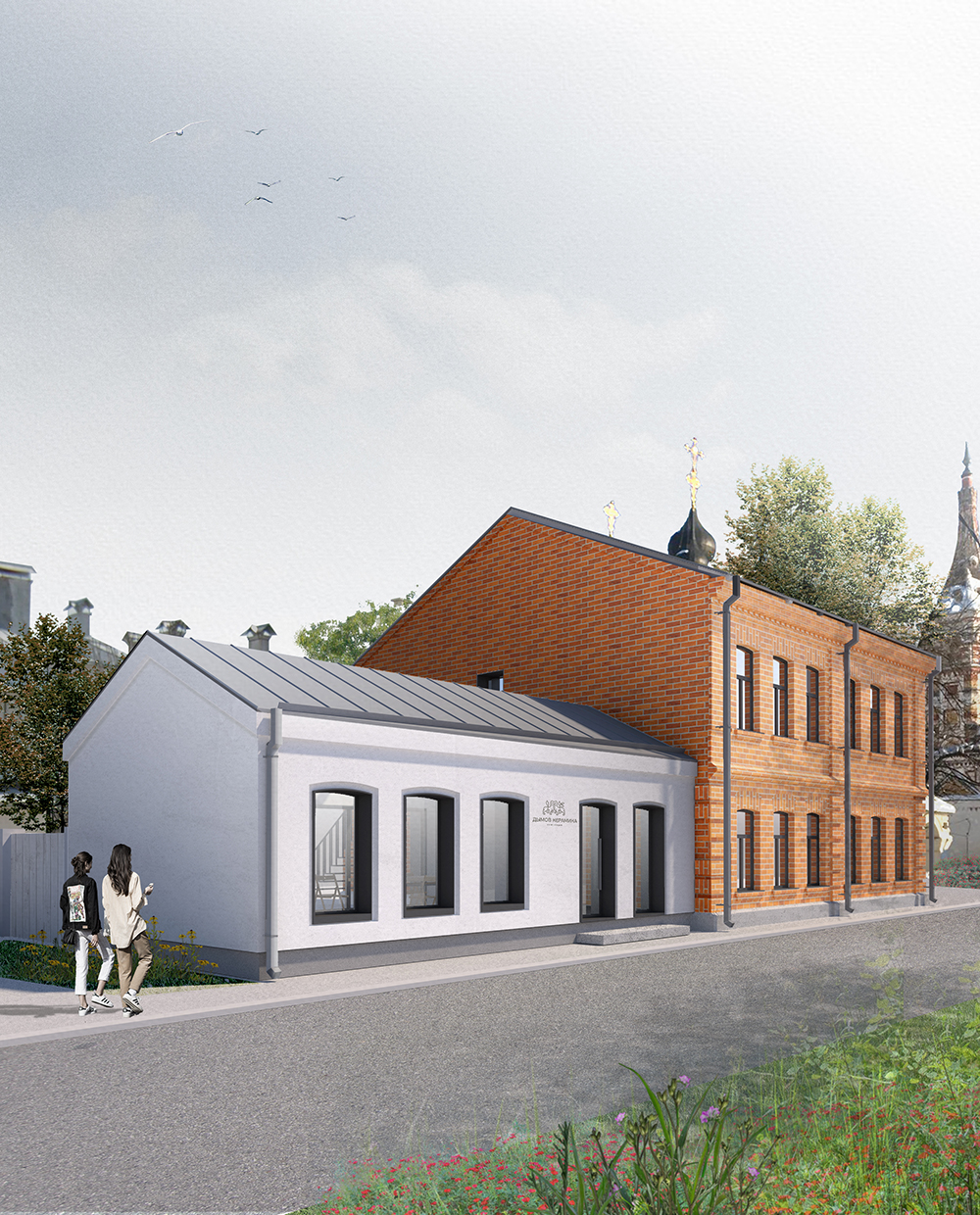 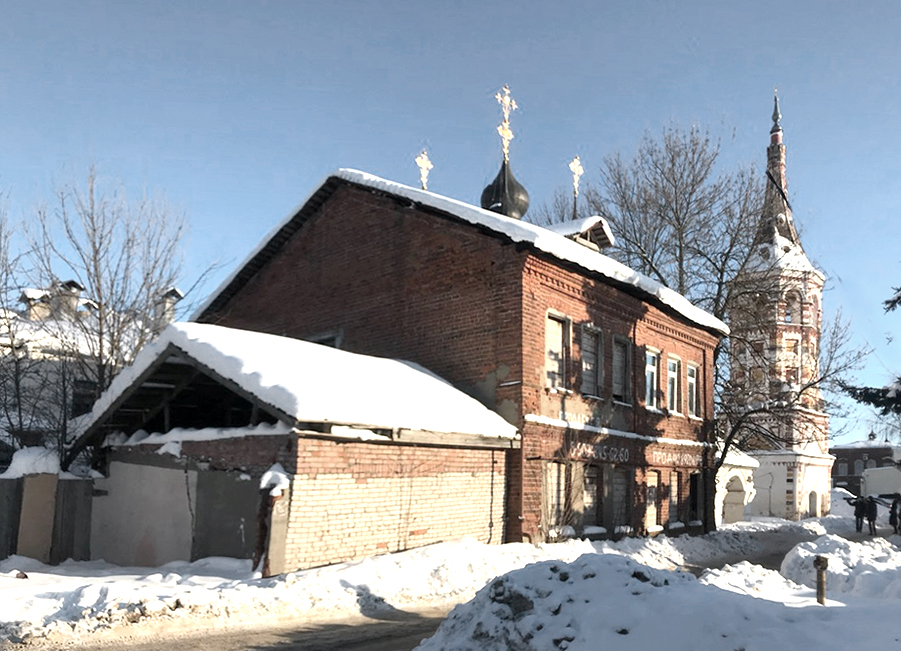 ↑ The house before reconstruction 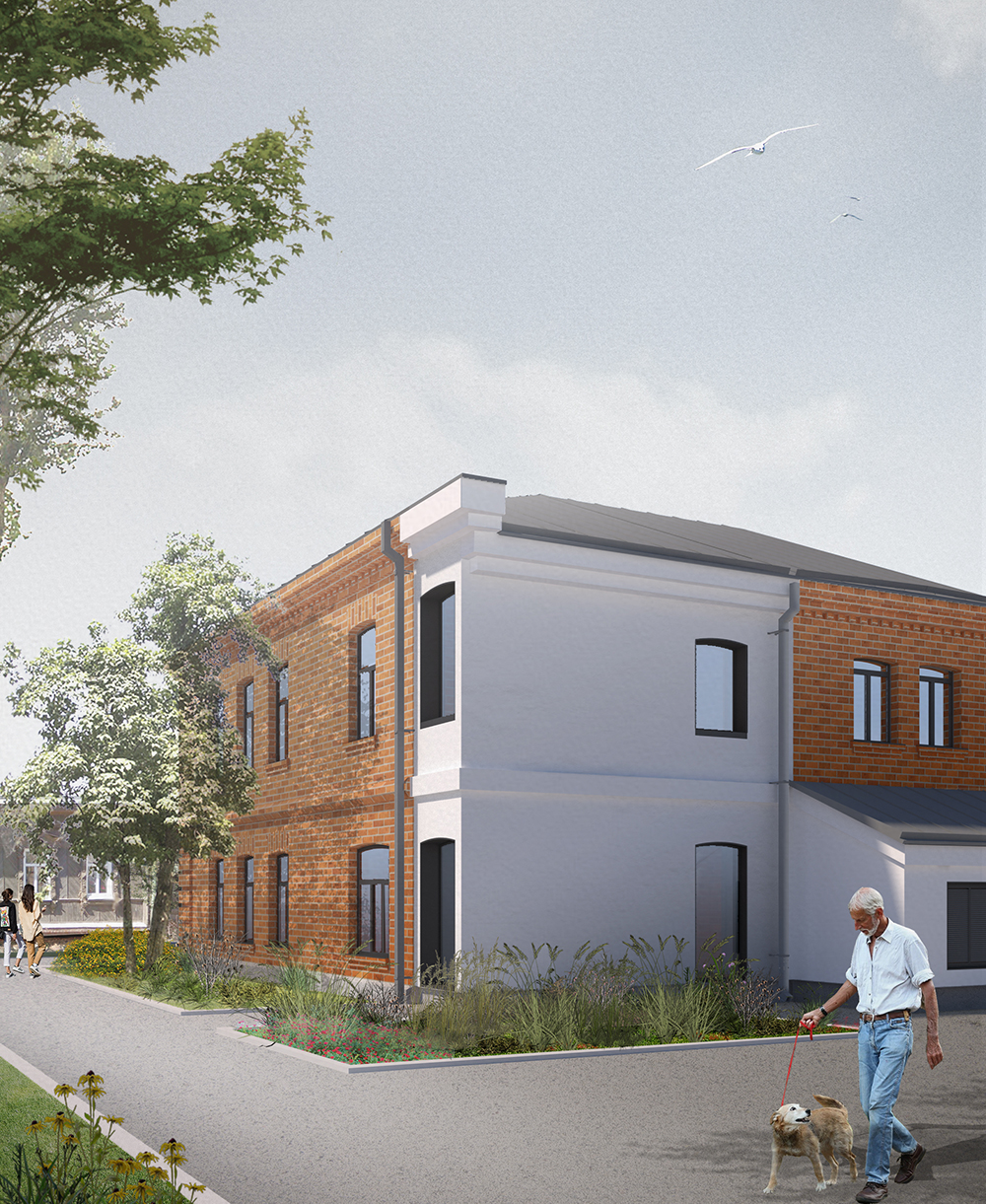 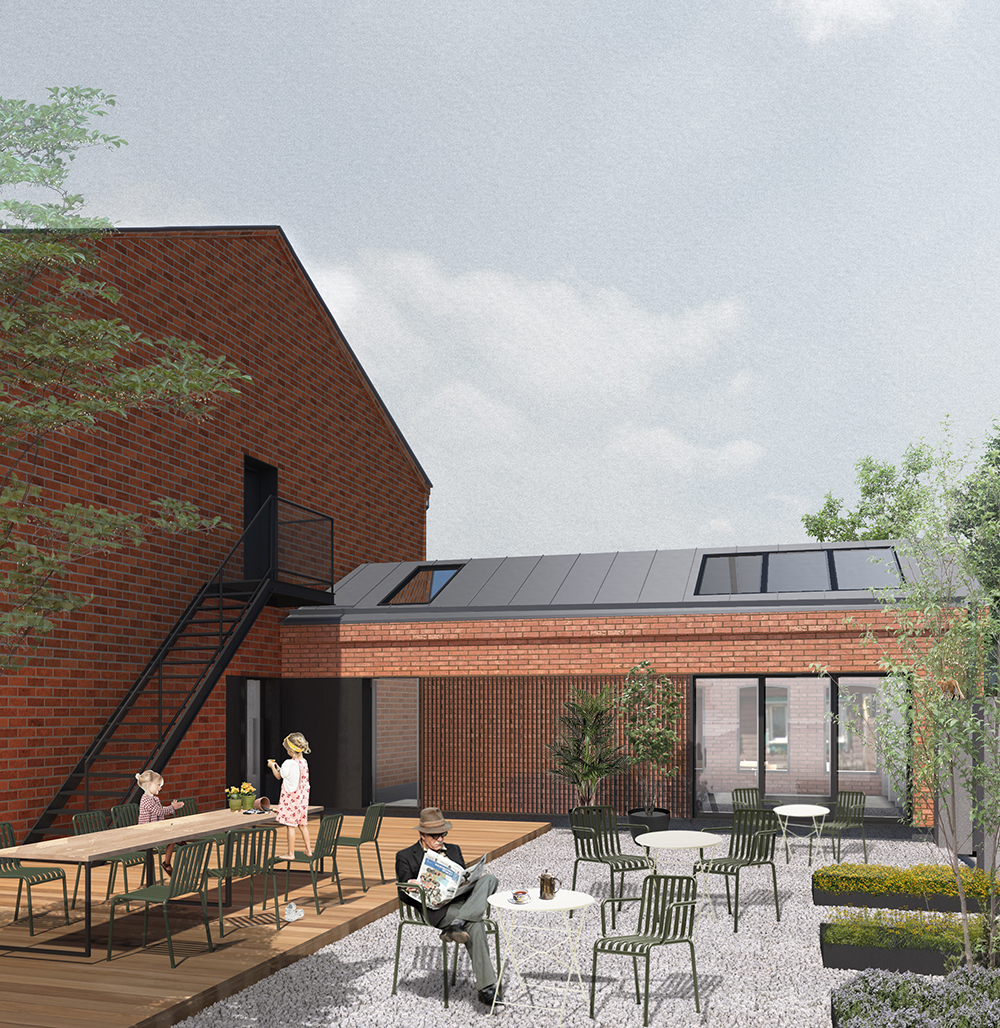 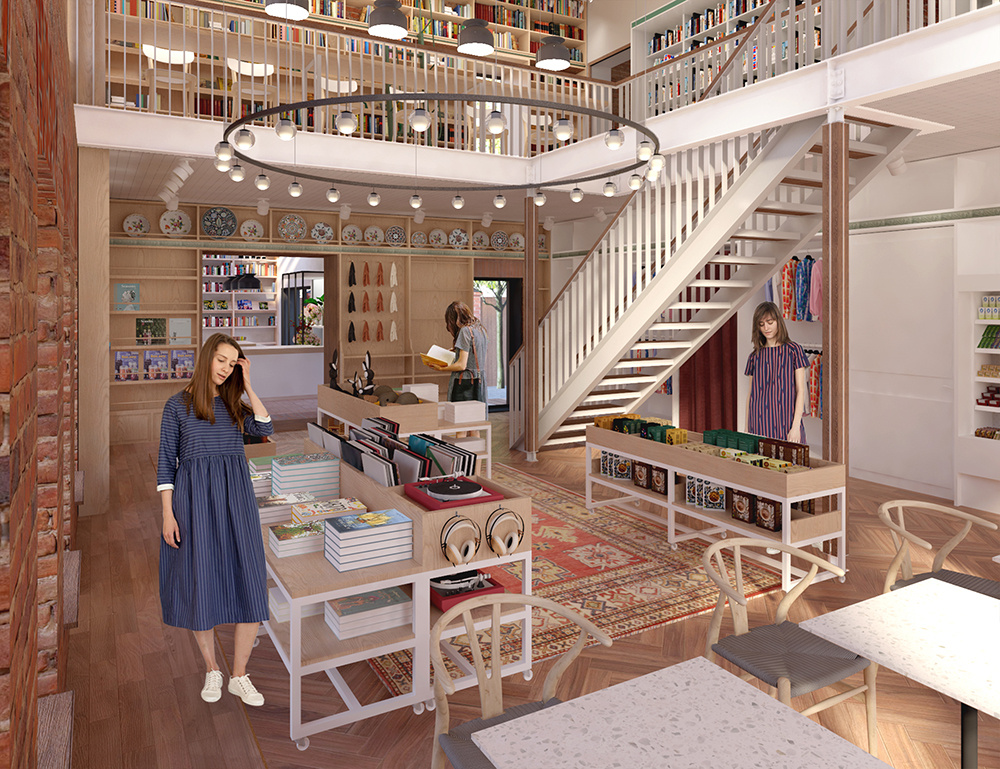 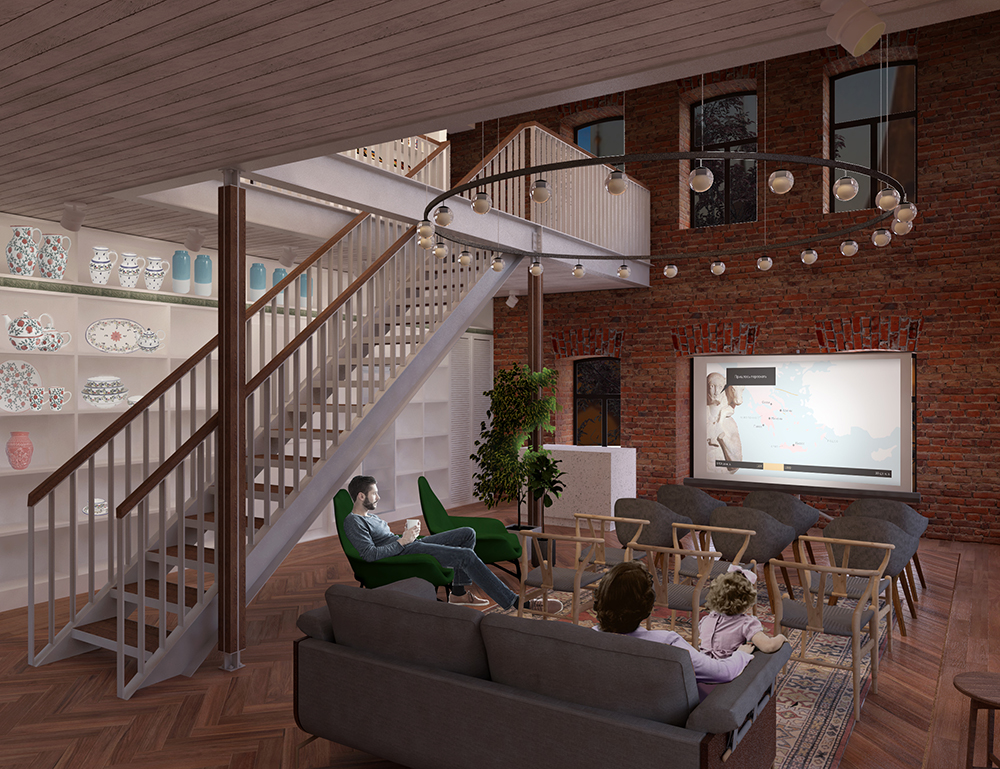 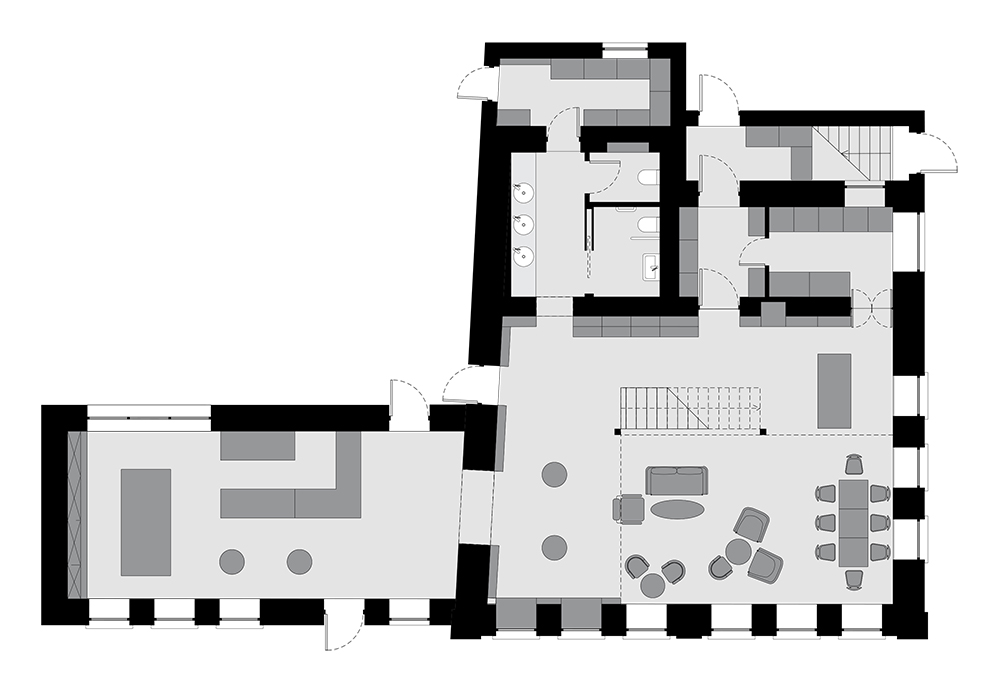 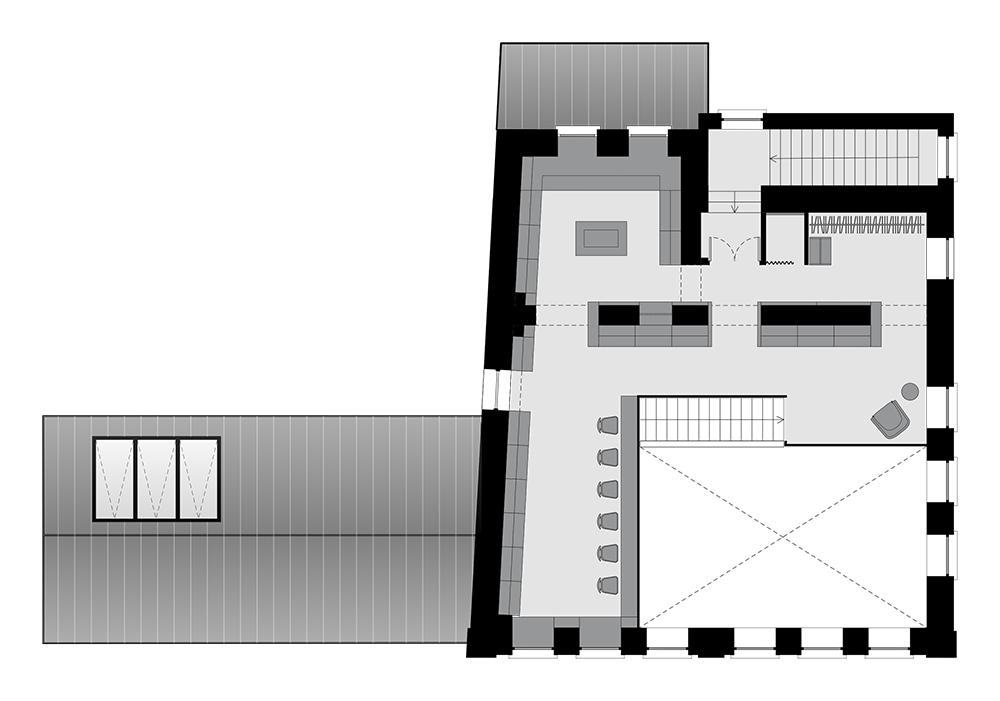 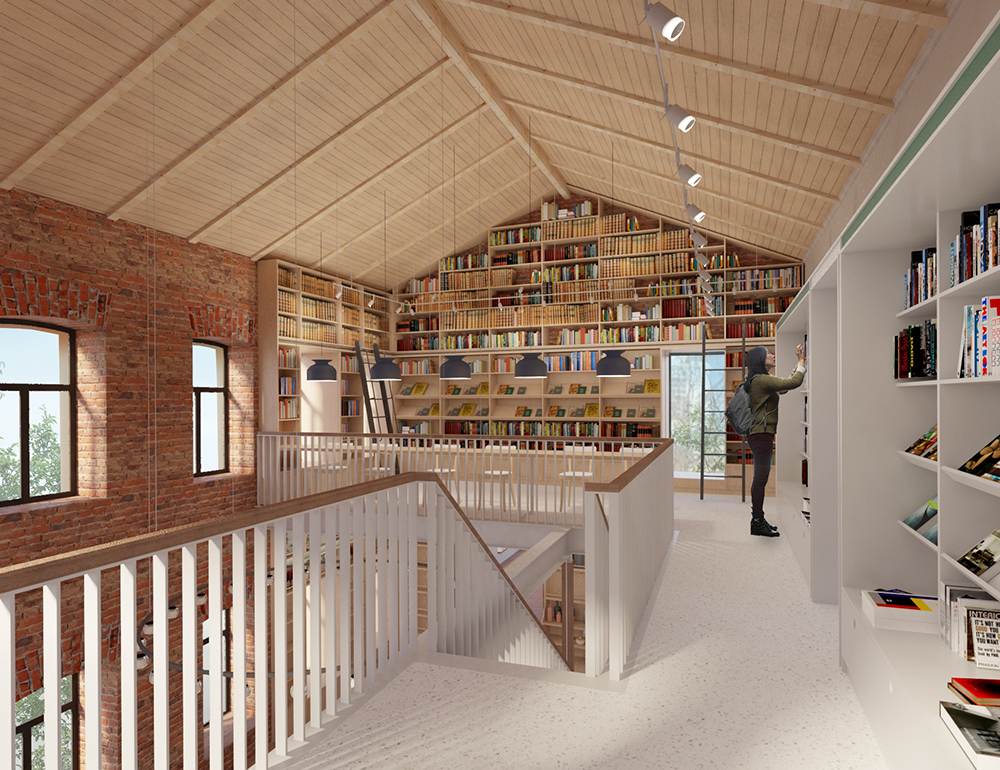 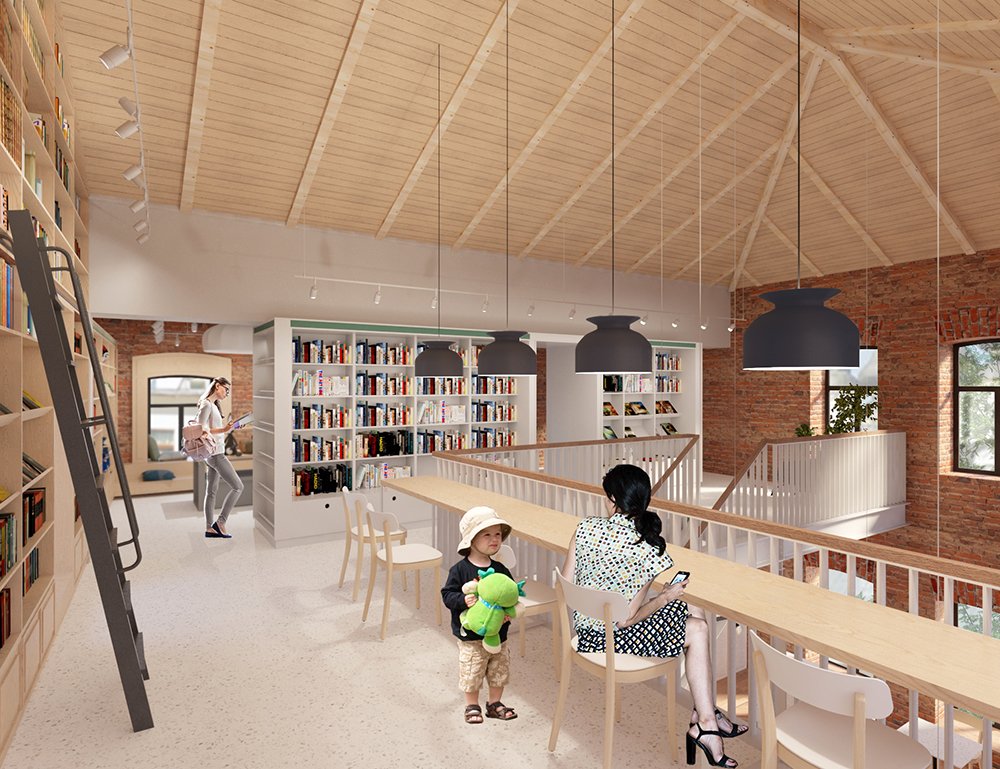